One of the most widespread phobias across the United States is arachnophobia – the fear of spiders. The vast majority of spiders in the U.S. are harmless to humans and can even be a part of helping to control other pests like mosquitoes and flies. However, there are a few species of spiders that are extremely dangerous to humans and animals. Their bites can pose a serious risk to your health, and in extreme cases, they can even be fatal.

At Pest Authority of Hartville, our Barrier 360 treatment will stop your spider infestation in its tracks and keep spiders away from your home for good. If spiders do get in, our pest control experts will perform interior treatments at no additional cost. Our spider control services come with the Pest Authority guarantee: No Contracts. No Commitments. No Spiders. Guaranteed. These spiders are also called fiddleback or violin spiders in some parts of the United States because of the dark, violin-shaped marking on their bodies. Brown recluse spiders prefer to hide in dark places like attics, cupboards, and woodpiles. If you’re working outside or cleaning out your attic or other storage spaces, be sure to wear gloves and tuck your pants into your shoes to avoid being bitten. In extreme cases, a brown recluse bite can lead to necrosis, a condition where living cells die. In less extreme cases, a brown recluse bite will cause symptoms including fever, nausea, itching, muscle pain, and convulsions. You should seek medical attention immediately if you suspect you have been bitten by a brown recluse 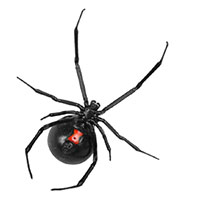 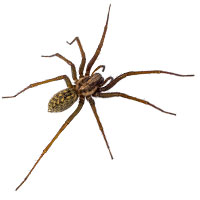